A Dire Warning about Comparing Yourself to Others 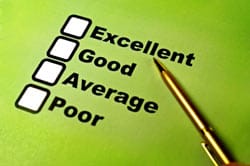 Don’t do this to yourself… except to improve

Do you ever find yourself looking at others in either a physical or emotional sense comparing yourself to them?

Do you look at what you’ve accomplished and what you own and measure your success by peering into the world of others and seeing what they have and they’ve accomplished?

When you do this, do you get down on yourself believing you are “less than others” and feel so discouraged that it makes you feel depressed?

If so, you are not running your own race in life, rather you’re skipping to the beat of others; only “they” don’t even know they have created this rhythm for your life!

Why do people feel the need to compare themselves to others?

Social psychologist Charles Horton Cooley created the concept Looking Glass Self whereby a person’s self-concept and self-esteem develops out of their interpersonal and social interactions with other people in society. People shape themselves based on the perceptions that others have of them and they in turn respond according to how other people want them to be.

This usually happens early on starting in childhood and the habit of comparing themselves to others and perceiving how they should be based on other’s perceptions carries on into adulthood where they often become “other’s perceptions“.

When you look at Social Learning Theory, the psychological theory created by Albert Bandura, we learn that early on as kids we look up to people we emulate or see as role models.

Basically, we observe, imitate and become based on watching and studying – monkey see and monkey do!

The reason I mention both Cooley and Bandura is that as human beings we are creatures of habit and we use what we believe works, that is throughout our entire lives. If we believe something is working for us, we don’t change it. If we believe that comparing ourselves to other is the norm, then we continue to do it!

Is comparing yourself to others really that bad?

The answer is no, unless two things happen; one, you become jealous of that person because of what they have or what they have accomplished, and/or two, you try to become them so bad that you lose sight of yourself and who you are, or just plain dislike yourself.

It is okay to want to be like someone and attain the success levels they have achieved.

There is nothing wrong with looking up to others for inspiration. After all, if others have gone before us and attained the levels of success we strive for, they serve as extrinsic motivations – role models we can copy and learn from what made them successful.

Furthermore, when you can’t achieve what other’s have (which you won’t because no two lives are the same) you start to become jealous of what they have or have achieved.

The best thing “walk” is your own walk, but when comparing to others, it should only be done as an option and not an obsession!

Comparison to Others is one of the fundamental topics I cover in my Confidence and Self-Esteem Hypnosis Program.

Not Being a Hostage to the Past

How to Cope with Any Situation

Keeping a Sense of Humor

Focusing on the Outcome

Stop Worrying What Others Think