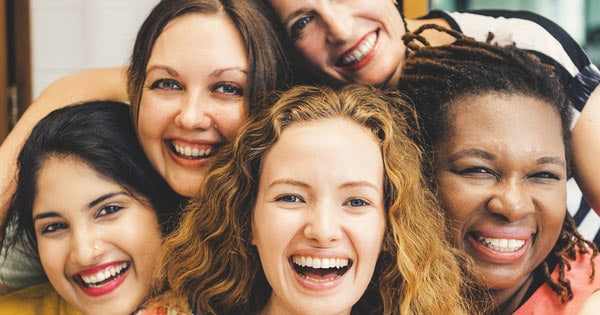 This article has been updated since it was originally published to include more material on the topic.

Many people suffer from agoraphobia which is a fear of crowds and public places. They fear being amongst people because they feel unsure of themselves, are afraid they might say or do something stupid, or feel they’ll not fit in.

So many people today suffer from various forms of anxiety disorders where sudden feelings of panic, even leading to panic attacks have taken over their lives. Many of these individuals are afraid of public places, groups or even family activities because they worry they’re going to have a meltdown.

In some situations, it gets so bad for individuals who have anxiety when in groups or family functions that they can only attend if they have a companion with them.

When it gets to this point, once there, they’re afraid to be left alone.

Of course, these are extreme cases, but more simple forms of group avoidance are very real for everyday folks.

The same often happens for those who don’t want to be in or around groups of people. Even though “groups” are much smaller than “crowds “, the reasons they feel uncomfortable around groups is for the same reasons… feeling like they won’t fit in!

PATTERNS OF NOT FEELING COMFORTABLE AND CONFIDENT IN GROUPS: 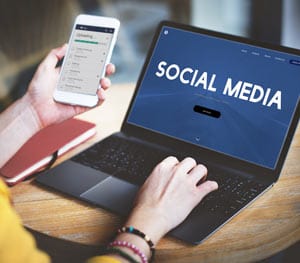 By our very nature, people are supposed to be social creatures.

You’d think fitting in and interacting among groups of people would be second hand for all, if not most people. Interestingly, this isn’t the case for more and more people.

In fact, even more people prefer a sense of being alone or being in dyads or triads instead of being in groups.

I believe the growth of people living with reduced social interaction happens for a couple of reasons.

First off, many people are working two or more part-time jobs and rarely have time to be around people in a fun and social setting.

Additionally, many are forced to be around large crowds of people at work (sales, food, big company office setting) that they feel burnt out by the end of the week, and don’t want to be around groups of people as it can feel overwhelming or remind them of the “more of the same” feelings they have during the week.

As a matter of fact, some feel they lose themselves in their work because of the large groups of people they deal with daily.

The thought of being alone serves as a reprieve!

A second reason people feel uncomfortable in groups is because of the techno-viral generation and the socialization process occurring.

For many from the “Y” generation and younger, they do much of their socializing from their computers, I-phones, Blackberries, etc. Furthermore, many of the “groups” they’re a part of interact on-line. They never have to leave their homes to socialize in these groups because everyone else is doing it the same way.

One of the most attractive features of this process is the confidence gained to express oneself because they get to hide behind a screen or an obscure icon or name.

Furthermore, the anonymity of sorts allows people to create and project vicarious or fantasy personalities for themselves. They can do this because they realize they’ll never really have to encounter those whom they are chatting with face to face!

Being in a group with strangers can be overwhelming for people who are used to being isolated socially, and prefer their own company. For them, it can also be hard to deal with such personal feelings and behaviors they’re not use to sharing in front of others. These difficulties can cause a person to be talkative, overly withdrawn, or even frustrated and resentful.

Talkativeness, as with other behaviors, can affect any group by not allowing room for others to participate. When you’re overly talkative due to nervousness or feeling out of place, this can turn others off. This can lead them to not talking to you and you feeling more isolated.

Group members can become bored, tune out and may eventually get angry and resentful toward you. They may then respond by giving unsolicited feedback which can be unwelcome.

Talkativeness in groups requires one to monitor what they’re saying and what they’re intending to say. If you’re becoming overly talkative, cue into others’ body language and mannerisms. They’re telling you they’re listening, but they’d like a turn speaking before they eventually tune you out.

So, can we “learn” to get back to feeling confident in groups?

WAYS TO GET BACK TO FEELING COMFORTABLE IN GROUPS: 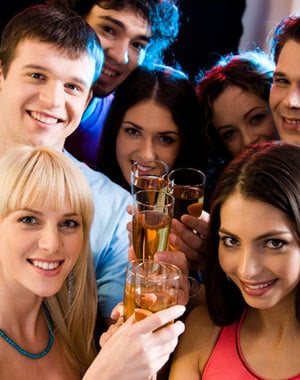 The problem many people face today is they’ve forgotten how to behave or act in a group because of their levels of discomfort which have pulled them away from the group process.

It may sound trite but the key to fitting into any group comfortably is to just be you!

A group after all is only able to function if it has members to form it.

Each member has to be unique and add a different personality to the group. Most groups fall apart often times because they’re so similar or conformist they end up creating in their members… boredom.

When people become people pleasers to fit into the group, the group grows stagnant and loses its legs.

In doing this, you’re creating a sense of comfort within the group, the one setting which actually made you feel uncomfortable.

These types of programs help you build up the behaviors that’ll lead to you feeling more personable, and having others seeing you as a more charismatic personality. They also help you understand what you can control and what you can’t. What is called your “Sphere of Control.” This is a concept of recognizing you can’t control people’s thoughts and feelings, but you can influence them by practicing what you have total control over, which is your own self-talk. This comes back to focusing on what you can do to be comfortable and confident with yourself.

Assertiveness training helps an individual achieve four things. First, it teaches individuals where changes are needed in their lives when it comes to speaking up for oneself, or making decisions. It teaches you to own your rights and beliefs, and not to be ashamed of them.

Finally, it teaches people how to be assertive in all of life’s situations, whether in a group, at work, in a family environment, or when alone.

In the end, it’s up to you to decide whether or not you fit into a group. You’ll never know unless you at least try and let people get to know you.

ADDITIONAL RESOURCES RELATED TO FEELING COMFORTABLE IN ANY GROUP:

How to Improve Your Body Confidence and Image >>>

How to Boost Your Networking Confidence >>>

What is Agoraphobia – WebMD >>>

How to Cope with Uncomfortable Situations for Personal Growth >>>