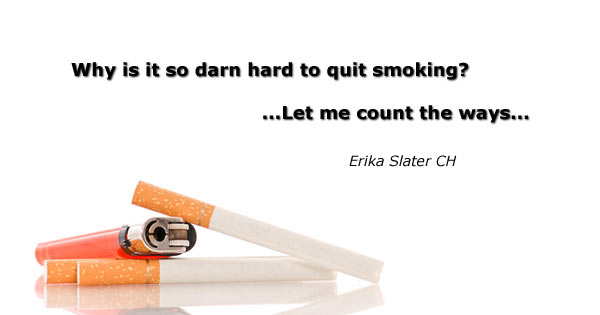 So, why is it so darn hard to quit smoking? This article will answer your questions and explain what you can do to be successful to stop smoking.

Are you a smoker still?

More to the point, were you once a smoker and quit, but now find yourself being a smoker all over again and wanting to quit again? Many smokers got concerned during the COVID-19 outbreak in 2020 due the virus impacting the lung placing smokers and vapers in a risk category.

Do you find no matter what you try or do, you seem to always revert back to smoking? Why is it so darn hard to quit smoking?

On the other hand, you may be reading this but not a smoker but have a spouse, family member or a friend that smokes and you’re doing research for them, or want to understand just why they can’t seem to quit, or have trouble staying a non-smoker when they do.

Regardless of your circumstances I’ve got some answers for you today on “why it is so darn hard to stop smoking.”

If you want to know my qualifications for this topic then I was a smoker once myself before I quit smoking using hypnosis many years ago. I’ve helped many people quit with my stop smoking hypnosis programs over the last decades and met many that have found it hard to quit and stay a non-smoker.

So, I have experience in the topic. You could say I’ve experienced and know “why it is so darn hard to quit smoking.”

Let’s discuss a few of the main reasons now…

THE MAIN REASONS IT’S SO HARD TO QUIT SMOKING: 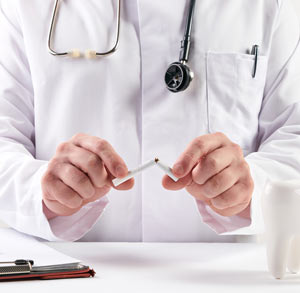 Some professional hypnotists assert the only reason it’s so difficult to quit smoking is an individual ‘just doesn’t want to quit’, and therefore isn’t ready for the road ahead.

Now speaking from experience this is true for many who aren’t successful but they may not have even realized it. That is, they thought they were ready, and really wanted to quit, but underneath there was something going in their unconscious mind which eventually scuttled their attempts.

Quitting cigarettes may not have even been the smoker’s idea. A Doctor or family member including spouse may be the one prodding the person to quit for heath reason, and they listened and felt it did make sense and so they should try to quit.

Unless the smoker comes to the conclusion themselves to quit then it doesn’t matter what method they use to stop – the failure rate is high!

There are other individuals who are ready to quit smoking, and believe me really want to quit smoking, and even have some good strategies for quitting, but too much of their bad habits and routines once included in their ‘smoking’ rituals, still persist and sabotage their attempt.

Basically, some folks find it too difficult to stop smoking because they also need to give up ‘other things’ in order to succeed, and they’re not just willing to make the sacrifice.

What are these ‘other things’ I’m referring to you’re probably wondering about?

In my world, we refer to these as triggers. You see a ‘trigger’ is anything that causes something or someone to act a certain way – it kicks things into motion.

When it comes to cigarette smoking, it’s anything or anyone that literally makes you want to light up. When it comes to triggers and difficulty with smoking cessation, these triggers are usually familiar amongst smokers.

The most common triggers would include things such as drinking, sugar, hanging out at night clubs, or socializing situations (work, parties, get-together, ‘smoke’ breaks), or stressful situations (family, work friends, traffic, etc.).

There are even less subtle triggers such as drinking coffee, listening to music, going for a walk, or just getting out of bed in the morning that could possibly be your triggers.

When you examine these potential triggers, I’m sure you’ll quickly say to yourself, “Gee, unfortunately I am stuck with these triggers, and can’t get rid of them!” Unfortunately, you’re right!

Up to a point that is, and assuming you don’t want to become a monk in a monastery devoid of any “temptations.” but all isn’t lost as there are strategies to deal with these triggers…

HERE ARE THREE THINGS TO DEAL WITH SMOKING TRIGGERS TO HELP QUIT SMOKING:

First, you can eliminate them, or the ones most problematic all together. I’m sure as much as many would like to quit their jobs, or tell certain family members to take a hike, that’s not likely to happen. We can’t eliminate all stress from our life so a trigger to smoke when stressed is usually handled by relaxing in a different way or habit such as chewing gum or distracting yourself with another activity you enjoy.

In the “myth buster” category smoking actually doesn’t help with stress or relaxing. Nicotine is a stimulant so if you were to hook yourself up to medical equipment to measure how much it helped reduce your stress it would be not only be a big fat zero but actually add to your stress. Of course, a smoker would argue this as it makes them “feel relaxed” – but the “feeling” is a lie as it adds to the physical stress on their body and health… with every puff.

Option number two is to avoid the triggers as much as possible, or spend less time around those triggers. The key here is to disrupt the time spent around your trigger(s) so you no longer follow the same habitual pattern you’re accustomed to. For people who have just quit smoking they should remove themselves from anybody they know who smokes or will make them want to smoke. Pass on gatherings or situations in the first few months after quitting where you know other smokers will be. Avoid the trigger of temptation at all costs.

I know what you’re thinking… this is also easier said than done, but less time means less chance to engage in greater setbacks placed on you by the trigger(s).

Option number three is changing your perception of the trigger. Two people can experience the same situation differently, for example stuck in traffic. One is stressed by it and smokes. The other embraces it, and meditates on good things and uses it as a period of reflection or listening to a podcast or music.

If you can’t eliminate your negative triggers, or modify them, even a little, then you can always choose how you will perceive them going forward. Your thoughts control your feelings which create your internal mental triggers.

This is where hypnosis can help in the area of elimination triggers and barriers in your unconscious mind that make it so darn hard to quit!

Here’s some stats for you from a 2011 study from the Centers for Disease Control and Prevention – I’ve included a link to it in the resource section below if you want to read the complete report:

Many of the options chosen, such as cold turkey, nicotine gum and patches, and e-cigarettes all share the same fundamental flaw in that none of them address where the problem of the habit really lies – in the unconscious mind.

Hypnosis tackles the habit, problem, addiction – whatever you want to call it – head on where’s it’s rooted. So, provided the idea to quit starts with you and you’re ready to do whatever it takes to quit then consider hypnosis as your vehicle to stop smoking. I’m not saying it will be easy and not everybody is successful using hypnosis but it offers better than a 6% chance.

Check out your local hypnotherapists for somebody that can help you quit. Most hypnotists can help with smoking cessation but of course interview them to make sure they’re qualified and also a good match for you. If you want to discuss working directly with us on your particular issue to see if we can help and advise you on a next step, then check out our Hypnosis Services or you can contact us here.

The Smoke that Has Your Name on It >>>

Smoking Cessation – What to Expect >>>

The Difference Between Interest Versus Commitment to Make Changes >>>