Using Mental Rehearsals to Get the Results You Desire 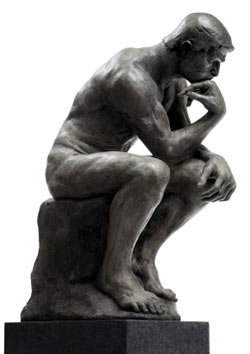 How are some people apparently able to master things so much easier than others?

Why are some people better than others at certain things even though they don’t have the same training, background or have not sacrificed the same amount of time to hone their skills?

There have been many profound studies on the tremendous effects of mental rehearsals on the exceptional results of tasks performed. A study a couple of decades ago had high school students split into two groups who were to shoot baskets.

Both groups of students were not avid basketball players to start out and were just “average“.

Group “number one” was allowed to practice shooting baskets for a week for roughly an hour a day. Group “number two” was not allowed to shoot baskets rather they spent the same hour visualizing that they were practicing shooting hoops and being successful in sinking basketballs.

At the end of the week, the two groups were tested against one another to measure accuracy and success from their methods for getting better at sinking basketballs.

Wouldn’t you know it!

If you been there in the mind through your imagination, you are more likely to go there in the body. You see, the conscious mind, which is in control of one’s thoughts, is able to plants directive seeds for perceiving outcomes (end results) in the subconscious/unconscious mind.

When these seeds or outcomes are planted in the unconscious mind, it doesn’t know any better and accepts them as realities. The unconscious mind then works toward attaining the finished outcome that is placed there through mental rehearsal.

Is it easy to train the mind through mental rehearsal as to achieve the end result that you most want to attain? The answer is yes!

When you use hypnosis, it speeds the process up and also makes you feel more confident of attaining the outcome. The law of attraction is based on faith in self and the outcome, and this helps create “faith” that the process will lead to the end result!

If you really want something bad enough, then start rehearsing mentally. If you are still struggling, then try hypnosis and you are on your way toward victory!

Mental Rehearsals is one of the fundamental topics I cover in my Confidence and Self-Esteem Hypnosis Program.

Not Being a Hostage to the Past

How to Cope with Any Situation

Comparing Yourself to Others

Keeping a Sense of Humor

Focus on the Right Outcome

Stop Worrying What Others Think