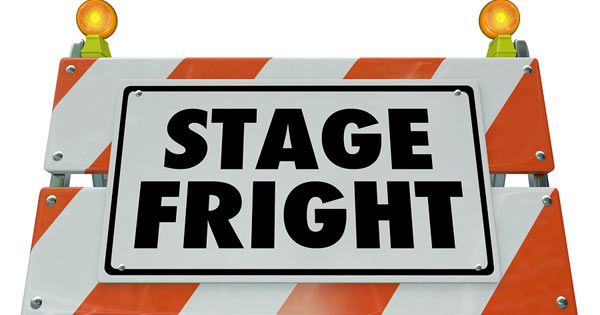 When it comes to phobias, did you know two of the worst fears people have are visiting the dentist and public speaking?

In fact, when you ask most people to speak in front of an audience, sing or perform for a crowd, they get stage fright, which often times evolves into performance anxiety.

Getting some people to entertain a crowd is figuratively like ‘pulling teeth’. Sorry… no more dentist puns!

So what is performance anxiety, and what actually causes it? 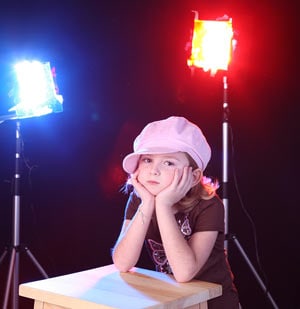 Often times, performance anxiety begins in childhood years when as a kid they were asked to speak, perform or entertain their classmates, a group of people, or even their own families.

At some point, they were either ‘critiqued’ or graded for their performance, and perhaps even mocked, made fun of, or embarrassed for what they were asked to do. In essence, they were made to look bad, or they perceived what they’d done as ‘being bad’ due to the reaction they received.

Generally speaking, when it comes to an incident such as this, all it usually takes is one experience to creating lasting memories of dread and ongoing performance anxiety.

People who’ve felt shamed or feel like they failed while performing in front of others will avoid these situations at all costs.

The fact is avoidance just reinforces their belief they ‘shouldn’t be in front of crowds.” The longer they avoid these situations the more ingrained within them their beliefs become that they are ‘afraid’ of speaking or performing, and if they do then no good can come of it!

The result is they can be hampered from achieving everything they could be.

THE IMPACT OF STAGE FRIGHT:

Sad to say one negative memory is enough to derail people from partaking in exceptional careers or opportunities they can only dream about because the ‘fear factor’ of performance anxiety comes into play. 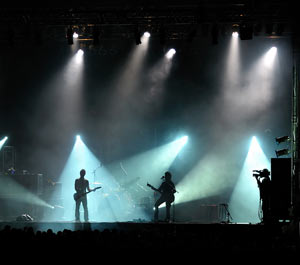 Since they’ve never ‘tried’ again or confronted their public performance phobias, they never get the chance to experience how good they might truly be in front of a crowd.

Even professional entertainers get stage fright right before going out for a performance. We call it nerves, but as it happens some nerves isn’t a bad thing for a performer to have as it focuses and prepares them better for what is to come.

The problem comes when it can’t be controlled and gets out of hand.

There are many stories of well-known entertainers who are ill just before going on stage.

Even supporting members of successful rock bands have admitted to giving up live performing because of not being able to overcome their “nerves.”

But it doesn’t have to be this way…

GETTING YOUR MOJO BACK:

Is it possible “time” can help folks overcome performance anxiety and stage fright?

I do believe in some instances people can control and cope with their nerves as they gain confidence in their abilities. But it really depends on the severity and reasons for “losing their mojo” in the first place, and for many “time” is a factor they may not control or have enough of if its career related.

So how do you get your mojo back when it comes to performing or entertaining in front of a crowd, even if you believe that you never had ‘mojo’ to begin with? 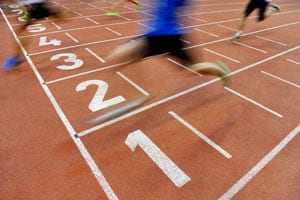 Did you know many actors, actresses, singers, entertainers, politicians, and even athletes use hypnosis as a way for overcoming their performance anxieties?

Remember, irrational fears based on a negative event from the past, or a perceived future event going bad is buried in one’s unconscious mind.

This negative thought has been there so long that it has remained unchallenged and allowed to grow deep roots.

In fact, all thoughts with regards to personal performance you have will most likely always be linked to that past perception.

It’s time to delete the past perception and create a positive, new one.

Using hypnosis, you can have better perceptions created in your unconscious mind through visualization exercises and positive self-fulfilling prophecies. A hypnotist can train you to see your future performances as successes before they even happen.

In fact, with post-hypnotic suggestions, a hypnotherapist can condition you to get excited about performing as you know without a doubt you’ll be an outstanding success. Here at Free At Last Hypnosis we leverage concepts discussed here as a resource during our in-office and online sessions for our stress and anxiety hypnosis management program which you can learn more about it here >>>

This ability to project yourself as being successful is called “mental reversal” and is well-known in sports and I’ve written about it in our self-confidence and self-esteem series which has a link below.

Stage Fright – Tricks of the Trade