Helping and Encouraging Your Kids to Eat Healthy 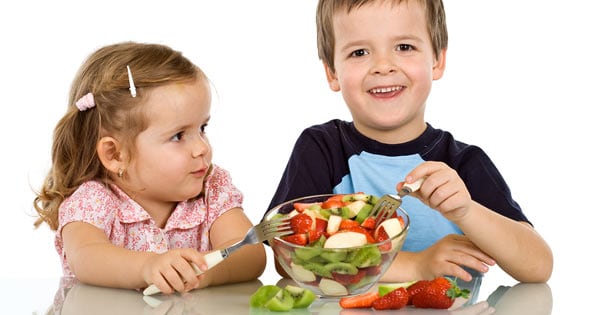 As a parent, it can be difficult to make sure your children are eating good and healthy all of the time! Let me take that back… most of the time?

I encountered this problem first-hand when my three boys were growing up. I even started a health blog in 2003 called “Nutrition for Picky Eaters.” You see I viewed my kids limited menu as them just being picky eaters – which to a certain extent, most kids are. Some more than others of course.

In those days, I was attempting to “compensate” their poor tastes in food by giving them supplement drinks. I found out later most of these ended up in our air duct system!

But the fact is, we are their role models for food and what we offer to them. Back in those days we were just beginning to uncover the huge impact sugars and processed foods where having on our kids.

The problem is things haven’t got any better, and in fact in many respects even worse. So, we can influence their eating habits for the rest of their lives and this is what today’s article is all about.

THE PROBLEMS WITH KIDS AND HEALTHY EATING: 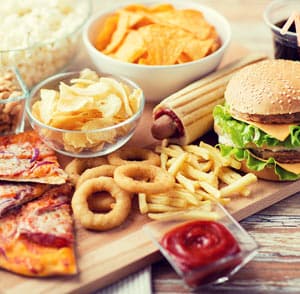 First off, nobody is “casting any stones here.” Least of all me!

Now, please don’t give me any business mission statement baloney about they’re the same.

When it comes to food… it’s just not true for the giants in the food industry.

The fact is, you can’t rely on them to make sure what you feed your kids is nutritionally good for them… or you.

The problem with today’s lifestyles is everything is based on a fast food mentality and society. Even if you don’t frequent the brand burger places, a lot of the food in supermarkets is frankly processed and less than healthy.

People are juggling multiple jobs, and so, spending time with kids regularly can be an obstacle due to work commitments.

So many kids are left to forge for their meals from the cupboards, fast food joints, or something quick and easy had been left out for them by the parents. Unfortunately, the quick and easy food menus usually don’t add up to healthy eating for kids.

If your kids are like most kids, they like the fast food restaurants that are yellow, orange or red, that tend to only serve greasy or empty-caloric foods. In an attempt to respond to concerned consumers and parents even these places now have created healthier menus.

The problem with kids is they don’t want to eat the healthier foods on these menus, and these preparations tend to cost a little, or a lot more, than the old school burgers, fries, chicken fingers, etc. And then there are the sugars and energy drinks…

Too many kids today are reliant, habituated and even addicted to processed sugars and energy drinks. Instead of consuming recommended portions of fruits and vegetables, kids are relying on poor sources for their energy throughout the day.

If that isn’t scary enough, their parents are doing the same thing, with kids learning from them – their roles models.

GETTING YOUR KIDS TO EATING HEALTHIER:

When it comes to healthy eating in households, the general rule of application that’ll most likely work is for parents to set an example, and not merely assert, “Do as I say!” Parents should be their kids’ mentors.

It’s important to set a good standard with healthy eating.

Trying to get your kids to eat properly after all these years of letting them ‘eat wild’ could prove difficult. It’s certainly easier the get kids moving in the right direction early. Step one for any parents then is to get educated themselves and then start influencing their diet when they’re young.

Step two is only bring into the house what you want them to eat. If there’s plenty of fruits and vegetables and no snack or junk foods in the pantry then they’ll eat what’s available.

Kids adapt quickly – much quicker than adults – at times I still look for something sweet at night after dinner with a coffee or tea. It’s habit. But now I’m accustomed and happy with some fruit.

But what if it’s proving difficult with your kids?

There’s a kid compelling form of hypnosis which uses a story-telling technique. It’s great for kids as it helps them to listen, and holds their attention. With the parent’s permission and/or they being present, the hypnotist tells the child a story which will bypass their critical conscious mind and seep into the unconscious mind where habits and change is made.

The goal of the hypnotherapist’s story is to transport the child from the mundane of the real world to another time and place, conjuring up rich and colorful imagery and emotions the unconscious mind loves and adopts as realities.

Story telling in hypnotherapy bypasses critical thinking (example: “I don’t want to eat healthy foods because I said so!”), and brings the mind to fun places that feel and have what you want to create as the central theme (example: “See everyone eating healthy and being happier and enjoying life more.“)

Often times, a child’s “Nos” become “Yeses” because their imagination gets fired up through identifying with specific characters, themes and situations in the hypnotist’s story.

If you are having difficulty getting your kids to eat healthy and/or you’re having the same issue, then perhaps it’s time to try hypnosis with them, or for yourselves!

ADDITIONAL RESOURCES RELATED TO GETTING KIDS TO EAT HEALTHY:

How to Handle Picky Eaters – Parenting >>>

10 Amazing Benefits of Storytelling for Kids >>>

Stop Drinking Soda For Your Own Good – Erika Slater >>>

Overcoming Being a Picky Eater >>>