Stop Drinking Soda For Your Own Good 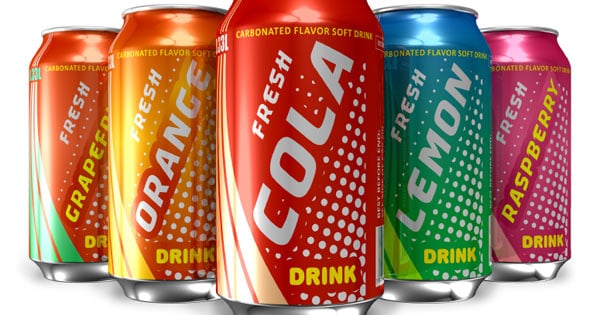 This article has been updated to reflect additional studies since the original was written.

Almost every health-related TV show or newspaper/magazine is denouncing processed sugars and of course soft drinks. Are they really that bad? Some media forums are going so far as to call soft drinks “health crushers.”

Why are they suddenly so bad, or have they always been, but we’re just now identifying all of the negative consequences associated with consuming them?

For starters, Harvard Medical School conducted an 11-year study on the effects of diet cola and kidney functioning in 3,000 women.

What they found was eye-opening!

The consumption of diet cola (most likely caused by the diet sweeteners in them) was associated with a two-fold risk for potential kidney decline.

Unfortunately, the not so good information for soda consumption did not end there…

YOUR BODY ON SODA BEVERAGES: 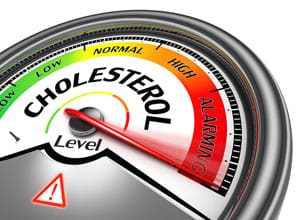 A 2008 University of Minnesota study, which studied 10,000 adults found only consuming one diet soda a day was linked to a 34% risk of metabolic syndrome – symptoms that included higher bad cholesterol levels (LDL) and increased belly fat which were both potential catalysts for heart disease.

When you watch TV commercials, or see ads on the Internet or old school billboards on roadsides, often times sodas are portrayed as thirst quenchers or have this magical potential to re-hydrate you immediately.

Just a sip and it’ll quench your thirst!

Ir it’ll recharge you as if you’re stranded in a desert and come across an oasis and one sip is just like jumping into a crystal-clear spring.

Fact Check: Did you know most soda beverages do just the opposite? If you look on the back of the bottle or can, you’ll most likely see ingredients that make mention to; sodium, caffeine, and of course sugar. These ingredients actually cause greater dehydration, which in all likelihood, will cause you to want to drink more of the beverage.

Now there is an excellent marketing ploy if I ever saw one!

You’re most likely to become a repeat customer not only because of the taste, but because you are still thirsty!

There are some individuals who want to believe soda has nutritional benefits for consumption.

Perhaps the only positive nutritional component to soda would be the carbohydrates that some do possess given their additives. Some individuals would argue the carbs from soda are better than nothing. Perhaps, that’s given you were on a TV show such as Survivor and needed some kind of quick sugar fix before a competition.

However, these carbs are not good to begin with, and you may be better served to consume some kind of leafy vegetation!

Basically, soda is an unnatural substance created from synthetic ingredients. I’m sure some people will point to certain ‘orange’ or ‘fruity’ sodas and say, “Hey, wait a minute, they have Vitamin C in them, they must be good!”

Sure, they may have vitamins in them, but are they able to be absorbed by the body given all of the other chemicals in the drink? And, if you read the label you’ll find there’s most likely a ton of sugar in them!

And what about sugar, acid and teeth when consuming soft drinks? 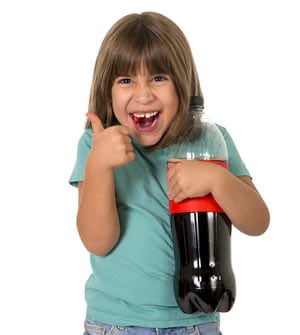 The University of Michigan also did a study which examined dental check-up stats and the amount of soda consumed. They found soda drinkers are more likely to have higher rates of tooth decay, more fillings and even more missing teeth.

Moreover, adults and kids who drink more than three sodas per day were the ones whom were reported to have the worst dental health!

Even when sodas are “sugar free” or of the diet variety, they still contain high acidic levels, some as high has having a pH of 3.2 which is linked to dissolving tooth enamel.

And what about the soft drinks with the sugar and caffeine?

When individuals consume beverages with high contents of sugar as well as caffeine they’re more likely to become addicted to these two substances over a period of time, or at least habituated in having a need to consume it on a constant basis.

It’s similar to someone with a coffee addiction whereby they have to have one or more cups a day, often times loaded up with white processed sugar as this gives them the energy they need.

When the sugar and caffeine fix wears off, they require more to pick them up again. It’s a vicious circle and easily dismissed as harmlessly just satisfying a “call from your body for more” of the same – but that’s what addiction is all about!

Most soda beverages contain large amounts of fructose corn syrup, which is a derivative from corn.

More research has come forth asserting too much corn crops are genetically modified today with little long-term studies showing the effects of these synthetic, chemical processes on the human body. This could be a concern because the manufacturing process for making high fructose corn syrup includes the involvement of trace mercury.

We know from studies mercury can cause several long-term health problems.

Having the occasional soda for most of us is unlikely to hurt or kill us! With that said, the greater concern is for those individuals who are addicted to soda pops, or drink them more than they should.

WAYS TO GET OFF THE SODA DRINKING HABIT: 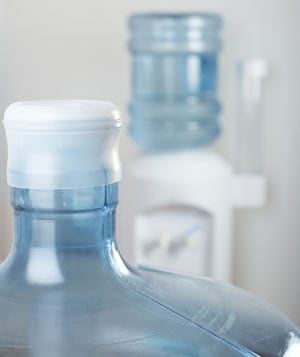 The key to kicking the soda drinking habit is consuming in moderation, and not because it’s cheap, accessible, or because everyone else is doing it (please refer to TV commercials).

The best and most effective approach is to quit cold turkey – stop consuming soda pop and other beverages containing high acidic levels and sugars.

In fact, these beverages can often times be replaced with natural “sugar” beverages in the form of pure juices from both fruits and vegetables.

The energy derived from these types of drinks, especially from a juicer are more intense, lasting and of course healthier.

Replace with good ole water. Your body needs water to survive and has to work hard at extracting what it can from any chemically-loaded beverages you consume. Why not make it less work for your body give it pure neat water?

If water out of your tap concerns you and the expense of buying bottled water irks you then sign-up for a water delivery service. For $20 a month you can have quality water delivered to your home and the water fountain is free from most companies.

If it’s the ‘soda bubbles’ (carbonated water) you like most about sodas, then there are soda bubble machines for carbonating your water, and you can add natural flavors and sweeteners to it and get your own ready-made soda as a healthy alternative.

There are also dietary and nutrition group’s people can join, as well as weight loss clinics which help people learn to eat and drink healthy.

If you feel you can’t, or don’t want to, get through a day without your minimum soda pop consumption then maybe it’s time to admit you’ve an “addiction” issue and it’s time to do something about it.

Most local hypnotherapists should be able to help you in just a few sessions. If you’re interested in more information about our own weight loss hypnosis service then click here or contact us here.

Why is it So Darn Hard to Overcome Sugar Addiction? >>>

The Most Important Secrets to Permanent Weight Loss >>>