What Would Being Mindful Mean? – Part III 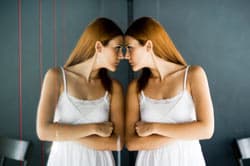 Work on bringing the two “you’s” together

For many who have never experienced, nor have ever been in this state of continual mindfulness, it could come on as an extreme revelation to them.

When I refer to the idea of revelation I am referring to this sense of liberation, or self-efficacy – freedom to not be held captive to negative, nagging and self-deprecating thoughts. It means that you, and I mean the term “you“, the part that seems to be separate from the unconscious gets to gain control over your thoughts.

Do you ever feel like there are two different people living inside of you?

Person number “one” is the one who has amazing dreams, fleeting thoughts of “best of intentions” to make changes in your life, and wishes that you want to come to fruition.

Then there is person number “two“, the other you, or the downer who kind of rains on your parade by reminding you of the “old ways” and how things always wind up going back the “ole way of doing things” – everything that undermines your number “one” self who wants to live their dreams.

You see, the first you is the real you… the free you.

The second you is your unconscious self that holds patterns and habits of negative and self-defeating thinking. Furthermore, the second you is the one that thinks critically, judges and finds the negative in possibilities.

If you will, the second you is the one who bursts your bubble whenever you set intentions on change. The second you (unconscious) is the one that prevents the first you, the natural you for making the desired changes you want.

The first you (conscious mind) is and was always meant to be the “mindful” you! It is in changing the second you that you can attain a higher level of functioning in the first you. Ironically, the first you is the one who has to state the intention, “Enough! I want change and I want things to be different!” With that said, you start to plant seeds into the unconscious (the second you) and you get to move in the direction of change you desire.

The key to this process happening is you have to be explicit by setting the intention of changing your thought process to tap into the unconscious mind and create new cognitive scripts which do not center on negative judging, self-loathing and worrying.

Instead, new and improved scripts of self-acceptance, self-love, accepting your feelings and allowing them to come to pass is what is needed to bring about this change which will foster growth and habituation to the mindful you.

The key to this process coming about will take time, but not perhaps as long as you think.

The best part of it is that you are in control at all times to go about you want to make the change. You get to program the new, positive thoughts that will be programmed into the unconscious (the second you) which will live in harmony and support the first you, the new and improved mindful you!

Finally, here at Free At Last Hypnosis we practice what we preach. Along with hypnosis and NLP techniques we also leverage concepts of mindfulness as a resource during our stop smoking and stress and anxiety hypnosis management program which you can learn more about here >>>

Other articles in this Mindfulness series include:

Introduction to Mindfulness – Part I

Working on Getting Into a State of Mindfulness– Part II

OTHER RESOURCES TO HELP YOU BEING MINDFUL: