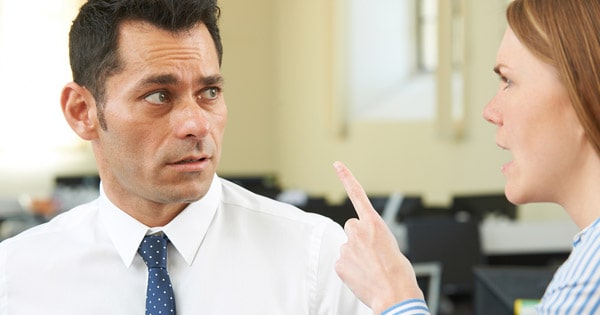 Have you ever found yourself in an uncomfortable situation where another person’s emotions were getting out of control – potentially violent towards you?

What likely started out as an innocent, or even a minor conflicting incident quickly turned into a volcano about to erupt. Even though you were able to keep your own emotions in check, the other person just seems to be sitting on a keg of dynamite, apparently about to explode at any moment.

Just to be clear here I’m not talking about some salesperson that went to a training class where the guru told them you need to be aggressive in order to get the sale. I’m talking about a person who has it in for you personally at that point in time!

What the heck can you do to prevent this from escalating into a major verbal, even potential physical attack on you?

IT’S ALL ABOUT CONTROL AND TRIGGERS:

Even though the other person may seem out of control, the key is for you stay in control. The only thing you can control in this moment is the thoughts leading to your own emotions. Keep cool, or keep the short fuse burning to the powder keg of dynamite…the choice is yours!

What can you do, or are you willing to do? 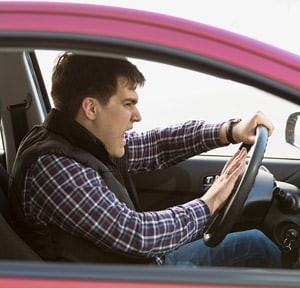 Individuals who possess aggressive behavior usually possess what are called ‘triggers’. Triggers are usually things that set someone off easily, or repeatedly. Triggers can be people, things or situations that over a period of time become habitual for the individual.

For example, bumper to bumper traffic can be a trigger for some. Noise or rude people can be another trigger for others. Interestingly, people and situations that one knows best are usually the greatest triggers as they become well known, and they can even expect these situations or people to set them off.

When you have a discussion with someone who possesses aggressive behavior and you’re one of their ‘triggers’, the potential for it escalating into an aggressive, even volatile situation increases.

However, the only thing you can control is yourself, and whether or not you’re going to engage the situation, or de-escalate it.

Often times when others start to argue with you, or appear to ‘attack’ you verbally, your human nature is to ‘fight’ back and say things in the heat of the moment.

To feel or be insulted isn’t a pleasant feeling, so it’s easier to fire back at the other person. It may even make you “feel better” in that brief moment.

Before you know, it’s gotten out of hand and you can’t take back what you’ve said and vice versa. This is when aggression is most likely to arise. 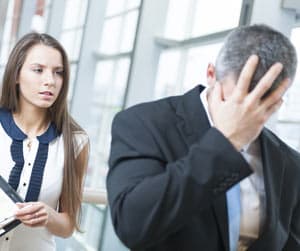 The key is not to get to this point.

This is your make or break point – you can make it into an argument, or break free and avoid the conflict growing worse.

Remember when an argument develops beyond a discussion and becomes emotional and even violent consider what you’re trying to achieve by staying in the moment arguing? Do you want to win the argument? If you do then just remember nobody really wins an intense argument. Oh, the other person may cave in making you think you won, but in reality under bated breath and behind the scenes you didn’t change their mind one iota.

So what can you do to move beyond hopeless and potentially dangerous aggression? 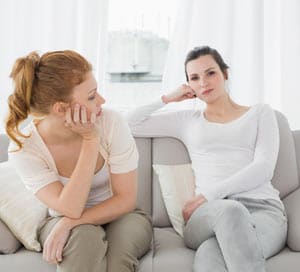 The key is to avoid getting into repetitive argumentative situations with the same individuals or similar situations.

If you can’t achieve this on your own through your own mind-set or willpower, then consider using hypnosis.

A skilled hypnotherapist can help you avoid these types of situations, or getting into it with individuals who like to argue, by placing in your unconscious mind post-hypnotic suggestions which stop you from engaging in aggressive and conflicting situations once they start.

In the past you may have unconsciously or even consciously gotten into these situations.

Hypnosis will help stop you from going there again or even the first time. If you want to consider working directly with me through my online or in-office sessions then check out my Hypnosis Services or if you’ve a specific need around this topic then contact me here.

Alternatively, if you live or work in an environment where you want to be able to react better to aggressive behavior and are considering a self-hypnosis product, then check out this hypnosis download session here to see if it can help you >>>

OTHER RESOURCES RELATED TO AGGRESSIVE BEHAVIOR:

Fear of Conflict and Confrontation >>>