Overcoming the Fear of Being Late and Getting to Punctual 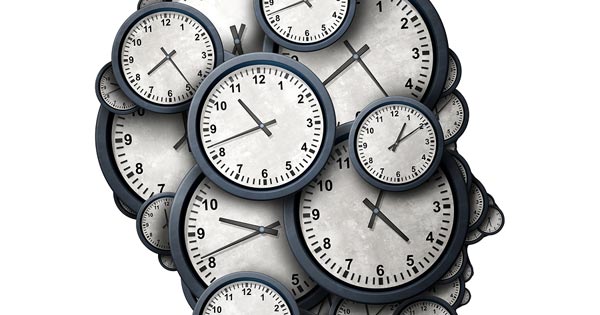 There’s a humorous story about a worker who was fired for being late to his job one too many times, and he appealed and went to an arbitration board. On the day of his hearing he turned-up late! Needless to say the employer had proved their case.

How are you with your time management and getting to appointments, or places, on time?

Are you one that’s always ‘running late’, or as folks call it today… fashionably late? How’s that working out for you?

Does this tend to get under the skin of others who’re waiting for you, or perhaps it has even gotten to the point of you being annoyed with yourself for letting others down?

Perhaps it’s time to learn to develop better coping and planning skills when it comes to setting yourself up for arriving on time.

So what is this thing called “time” and how can you obtain a level of control over it to being punctual?

THE PSYCHOLOGY OF TIME: 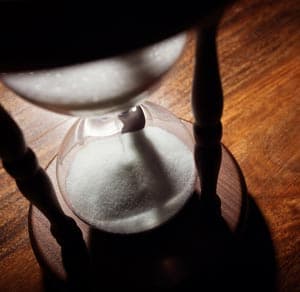 But all these time events were set and enforced by others.

It doesn’t get much better when you’re an adult. Time dictates when you get to work and leave, catch a bus or train, watch your favorite TV shows, or meet friends for dinner or drinks.

Some psychologists suggest people who are chronically late are rebelling against this enforcement of time on their lives. Yes, there are also a few who have ego problems and think they’re the center of the universe but I’ve found those are few and have bigger problems to overcome – so we’ll ignore them for the sake of this discussion.

Interestingly, the great mind Albert Einstein once asserted time is nothing more than illusion humans have created for themselves. He’s right! The real issue with tardiness has nothing at all to do with time, rather everything to do with motivation, planning and personal responsibility.

SETTING YOUR SELF UP FOR ARRIVING ON TIME: 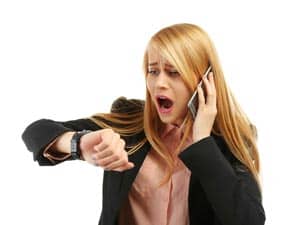 Many people with ‘late issues’ will over-compensate for their tardiness.

For example, being a little late for coffee with a friend may be relatively inconsequential for you, but being late for a job interview could be catastrophic.

Some will get to the point they’re so worried about being late again, they start arriving to their appointments ridiculously early which causes them acute boredom and impatience.

Furthermore, after they’ve engaged in this type of ‘getting to places too early’, they may actually find the reverse cycle for them beginning to start up all over again…

Sheesh! It seems you can’t win for trying!

Herein lays the problem – one is caught up in this “all or nothing” principle of mental gymnastics, which is all centered on being on time.

So the key to achieving success in arriving ‘on time’, and not too early, or not too late, is about knowing you have the choice in setting yourself up for being punctual.

Let’s talk about motivation for being punctual for a minute…

MOTIVATION FOR BEING ON-TIME: 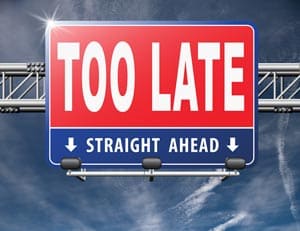 One of the ‘issues’ that comes to mind with not arriving on time is ‘respect’.

If you’re arriving late, and even too early, you’re putting others out. In essence, the message you’re conveying is, “Your time is not as important as mine, and I don’t care if I make you wait for me, or force you to change your plans because I am too early!”

It’s truly that plain and simple.

If you plan your travelling time and something unexpected happens to delay you, which you couldn’t plan for when you left, then this happens and most people will understand.

But if you leave late to start the journey then you’re in “no excuse” land.

I know somebody who does this all the time and it’s awful, embarrassing and so disrespectful. I’m not talking about 15-minutes late starting but an hour or more! Yes, it borders on narcissism or at least a symptom of it!

Most people who worry about being late, and are continually late, or super early because of their ‘late’ fear, place too much emphasis on ‘late’. They have turned being ‘late’; you know that ‘time’ thing which is actually an illusion… into an issue.

Most of us want to be liked and respected by others and this is enough motivation for being on-time.

Other motivations include money – as in a job interview for a better paying job or career move – keeping an important appointment or date with somebody you want to impress, and being there to capture a one-time event such as a birth, sporting game, and somebody’s marriage.

So if I’ve been describing you, or somebody you know, in this post so far, then what is there to be done?

GETTING TO BEING PUNCTUAL: 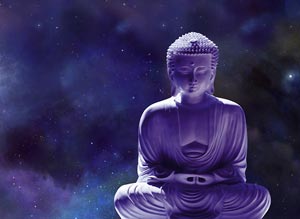 What you focus on most you’ll likely attract into your life as you’ll unconsciously validate it.

It’s true where thoughts go, energy flows! When you tell yourself, “I must not be late!” the unconscious mind cannot pick up the negative word ‘not’, rather it’s basically asserting, I must be late!

Instead of thinking or suggesting you could, might or will be late, see yourself as arriving on time with a little to spare.

In fact, tell yourself in advance you’ll be on time and feel good about it.

Remember, where thoughts go, energy flows, so your unconscious mind will prepare you in advance to arrive on time, rather in the nick of time, or late!

If you need help with this habit change – and many people do – then hypnosis is an alternative and you can search for a local hypnotist with experience in fear-type issues to schedule a session, or scan online for a self-hypnosis session you can download to listen to multiple times. Here at Free At Last Hypnosis we leverage concepts discussed here as a resource during our in-office and online sessions for our stress and anxiety hypnosis management program which you can learn more about it here >>>.

Help for the Chronically Late

Overcoming Mindsets Leading to Fear of Change or Metathesiophobia >>>

Always Late? How To Be On Time – For Real