NLP – The Good, the Bad, and the Ugly 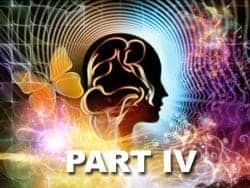 When looking into neuro-linguistic programming (NLP) it is very easy to see why it has been widely scrutinized and criticized in terms of its effectiveness in treating psychological and thought conditions.

Perhaps one of the greatest criticisms of NLP is that it cannot be scientifically tested and validated in terms of measuring exactly what it does, claims to do, and producing positive results.

Since it is a more modern treatment, its only being around since the 1970's, eager and dubious claims of its powers has placed it in pretty much the same discussions as "new age" religions and thinking. This is a shame since anything that seeks to help should not be dismissed lightly.

But is it a real therapeutic tool and can it prove helpful to people using it? Herein lies the argument depending on who you ask and who claims to "heal" and treat people with it!

One of the core arguments against NLP is the experts who claim those creating and using NLP did nothing more than take psychologically and sociological based concepts such as "linguistics", "neuroscience", and the environment that people live in and put a new spin on it. Really, they haven't created anything new, rather just put things in "jargon" terms that those who created it understand, but scientific method cannot prove the accuracy of its claims.

Furthermore, the idea purported by NLP that people create their own realities has come under tremendous scrutiny.

The problem with this concept is that people create their realities everyday by the choices they make and experience. How do you go about testing this notion of "reality”?

According to NLP, everyone's reality is different, therefore the methods for testing would be difficult to set parameters for. Moreover, if everyone's realities differ so much, how do you really know when or how NLP training is working successfully for change in people's lives?

NLP isn't all that bad!

When you ask people what they would like to change most about themselves, they often report their thoughts that create the negative feelings they experience. They would like to rid themselves of this negativity but it is all contingent upon control - the ability to control their own personal worlds.

NLP teaches and encourages self-control whereby you can recreate your perceptions on how you see things, as well as the perception that you have of yourself. Once you begin to do this not only do you start to see life differently, but you also live differently. You can become the “you” that you want to become.

The key premise is the "you" that you have always wanted to become already exists within you. NLP teaches people how to get the person they want to be out into "the real world".

NLP has the ability to improve one's concentration which will not only improve their ability to learn and stay focused, but people also report their self-esteem increases tremendously. As they become motivated to become "actors" in their worlds, their life gets better!

NLP helps people become goal-setters through identifying the changes they want to see in their lives and becoming those changes.

Finally, here at Free At Last Hypnosis we practice what we preach. These NLP concepts are leveraged in our various stop smoking hypnosis and weight loss services we offer, as it instills techniques to help the change process for our clients.

OTHER NLP RESOURCES IN THE SERIES:

Read Part I of series NLP – What is It? here.

Read Part II of series NLP – The Map is Not the Reality here.

Read Part III of series How Life and the Mind are Systemic Processes here.