How Life and the Mind are Systemic Processes 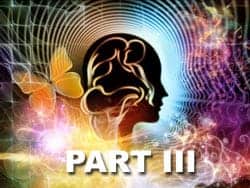 You cannot have human life that functions at an optimal, or even a minimal level for that matter unless you first have a "mind" within the system.

Some experts assert that the mind is tied to the brain hence you get a complex mind-body relationship.

In philosophy, there is a concept referred to as "epiphenomenalism" which asserts that mental processes are caused by the physical processes the brain engages in, or that both (mind and brain) are a part of some systemic common cause created within the human body.

There is a symptomatic common origin that places the mind and body in direct union that creates feelings and sensations in the body.

The entire systemic process which co-exist between the mind and body is very complex.

There are often times debates on which is the primary or greater influence within the human body - is it the brain (body) that creates the mind, or is it the mind that acts and makes the body work?

Regardless of which stance you take in trying to demonstrate the influence one way or the other, one thing that is certain is that the mind has both conscious and unconscious aspects to it and that is what gets treated in NLP as well as through hypnosis and other types of therapies. In a nutshell, a body is useless without as mind as it cannot function, just as a mind is useless without a physical body to run it.

Whenever you discuss as systemic process, you are referring to all of the parts working together in harmony.

Some might refer to this as balance, each doing its own thing, but balance is an incorrect term because when something is in a state of balance, it is stagnant or not moving forward. Systemic process relies on harmonic interaction in which the mind and body work together to act on the environment that the person lives in positively.

You see, when the mind and body are harmonic, it creates the ability to act abstractly - it is able to see a multitude of choices in different situations. In doing so, it does not get stuck in repetitive behaviors that are neither rewarding nor that promote growth.

Furthermore, since you are an actor in the environment (system and universe) you live in, you want to get the most out of your life. This means making the best possible choices even when circumstances are trying.

The goal of NLP is to optimally influence one's abstract logic to make wise and positive choices.

The main influence of using NLP to one's advantage is to not necessarily create learning, rather wisdom. Since everyone has different experiences, one sees each situation as well as how they act and react to the environment differently.

If your mind and body are harmonized (you are a positive thinker) then you will look for the positives in all situations rather than experience major stumbling blocks repeatedly. In fact, one whose system is out of whack is more likely to wind up developing bad habits, addictions and even psychological problems.

Finally, here at Free At Last Hypnosis we practice what we preach. These NLP concepts are leveraged in our various stop smoking hypnosis and weight loss sessions we offer, as it instills techniques to help the change process for our clients.

OTHER NLP RESOURCES IN THIS SERIES:

Read Part II of series - NLP – The Map is Not the Reality here.

Read Part IV of series - NLP – The Good, the Bad, and the Ugly here.