NLP – The Map is Not the Reality 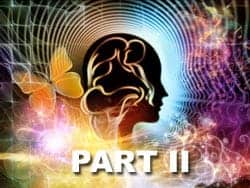 If you study any of the great philosophers they will often throw out the question, "What is truly real?"

What they are in essence asking people is whether or not they believe the world that they live and see around them is real, or some representation of their thought process which makes them believe that it exists.

I know this is pretty deep, however this is what most individuals teaching and preaching NLP believe - that the world people live in is basically created from their own perceptions. People create their own realities!

When discussing "the map", this is the world outside of you - people, places, things, and situations.

When any two people experience or partake in the 4 aforementioned aspects of the world outside of themselves, their experiences totally differ, even though they may have similar histories.

The way you first experience the world/situations and then process it internally (within your conscious and unconscious processes) determines how you perceive subsequent present and future experiences you come across. What may look "real" for one person,  in that it demands their attention or they take it very serious, may not be influential at all to the person standing directly next to them.

Each person creates a neuro-linguistic maps (NLP maps) for themselves from the time they begin to perceive and act upon the world that they live in. Whatever we want or make real for ourselves develops from within.

For example, let's say two people are standing next to each other and they both encounter a tarantula climbing on the wall. One person gets hysterically upset while the other one remains completely calm. The calm person tells the hysterical person to remain calm, that this type of creature is harmless, poison-free and will not attack them. This doesn't calm the frightened person in any way and they run away from the tarantula, while the other goes over to it and picks it up.

When the two people reunite days later, the calm person asks the other individual why they were so frightened. Have they ever been attacked by a spider, or had a bad experience? The hysterical person asserts they hadn't, but they were warned at a young age that spiders are dangerous, and they even saw the movie Arachnophobia which left a very disturbing impression in their mind.

Conversely, the calm person had tarantulas as pets when they were younger and knew they were harmless. The hysterical person's map for spiders was very different from the calm person and they both acted upon their unique "maps".

Have you ever misread a map or had troubles reading a map and got lost? It wasn't a pleasant experience!

The "maps" people carry inside of themselves unconsciously can and will lead them astray, or to get lost in life. The goal in NLP is to set the individual in the proper direction by "righting" their course so that they will go in the right direction - one that helps them perceive the world positively, and helps them lead the life they are trying so desperately to live!

Finally, here at Free At Last Hypnosis we practice what we preach. These NLP concepts are leveraged in our various stop smoking hypnosis and weight loss services we offer, as it instills techniques to help the change process for our clients.

OTHER NLP RESOURCES IN THE SERIES:

Read Part I of series NLP – What is It? here.

Read Part III of series How Life and the Mind are Systemic Processes here.

Read Part IV of series NLP – The Good, the Bad, and the Ugly here.