The Importance of Resilience in Overcoming Life Challenges: Ways to Make it Stronger in You 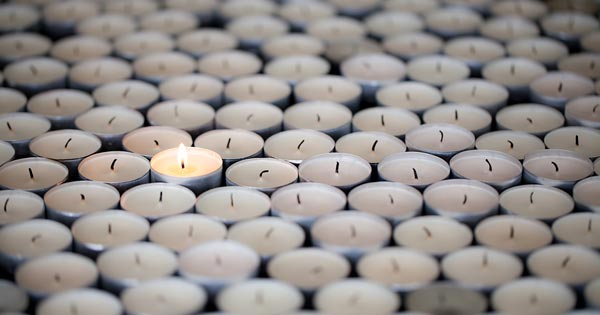 “The capacity of an individual to avoid negative social, psychological,
and biological consequence of extreme stress.”
(Russo et al, 2012)

The above definition of resilience is from a neuroscience paper from 2012. An interpretation for everyday man is more simply put as “the ability to rebound from adversity.”

We hear of artists who achieve seemingly “overnight success,” only to discover this “overnight success” actually took them twenty years of hard dedicated work much of it living in impoverishment and obscurity, and battling through any number of reasons to quit.

There are entrepreneurs who started multiple companies each one failing until finally they found the “formula for success.” But what kept them going through their nine failures to get to the tenth that made them millions? Was it resilience? Does self-belief and unshakable confidence play a role in resilience?

Finally, likely one we can all relate to is battles with illness. I just read through a list of 163 entertainers we’ve lost in 2017. Many died from cancer, and in some it says they died after a long battle with cancer, and others they died after a short battle with cancer. Does this mean those who had a long battle were more resilient? Were the people who only had a short battle less resilient?

People have their own measurement and therefore calibration of resilience. One person’s ceiling is another one’s floor.

The fact is it’s a fragile thought this “resilience” thing. I can’t go into a pharmacy and pick up a bottle of resilience pills. It can’t be measured other than as an arbitrary interpretation of our own standards.

Is it something you’re born with, or is it shaped by your parents and/or environment? Can you manufacture it at the gym or Yoga studio?

Maybe a more important question for some of us should be “Can you lose it?” 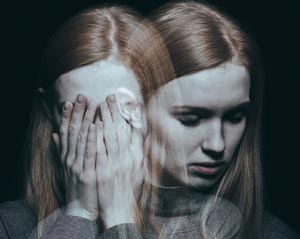 They’ll be times in your life when you’ll feel as if you’re walking through a valley in the shadow of darkness, and no matter which way you look you’ll feel you can’t find a way out of it.

At each turn there are surprises or challenges to overcome. We may stumble and need to pick ourselves up from it. It doesn’t matter if these are tests are created by others, or through your own failure to anticipate, or recklessness against the risks.

The choice remains the same – continue or turn back.

Reach your goal or choose another?

When people are in this pit of darkness, which really does feel like despair, one feels hopeless and helpless, it all becomes about your perception to the event and what it means to you going forward.

There is a period of time when it’s normal to feel a sense of shock, and even despair. Some people get fixated in this period and start to feel like a victim. The longer you think, feel and act this way, the more likely you are to “become and act like a victim.”

It’s okay to visit ‘pity city’ but not alright to stay there.

When you get to the mindset or mentality of a victim, you’re likely to feel and accept you’ve little or no control over your life. You start to believe circumstances, or others, are in control.

This then becomes the truest sense of learned helplessness, and this is when you’re in danger of getting ‘stuck’ or trapped in the victim’s role!

Psychologists will say it’s not so much what happens to you, rather how you perceive it, and then how you respond to it which determines whether you’ll be stuck in a state of despair, or tougher for having gone through the adversity.

I want to touch on one final point in this section and that’s around resilience being a blueprint for your life.

How you do anything is how you do everything.

This rule of life says if you’re somebody who doesn’t follow-through on commitments or “falls off the wagon” the first time a wheel hits a stone, then you’ll act like this in other areas of your life.

I see this all the time with smokers and people wanting to lose weight. They say they want it but when the going gets tough there’s a tendency to succumb to their predisposed tendency to choose an excuse instead. Whereas those coming with the mindset and a strong resilience muscle have a better chance of achieving the success they seek.

So, how can we get strong resilience? 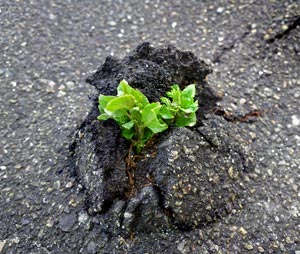 While literally building good muscles at the gym is a starting point for building resilience if you enjoy keeping in shape, but this would discount many who don’t view lifting weights or extreme exercise as something they want to practice regularly.

Developing a mindset of resilience can be a common goal for all people.

Mindset is all about the perspective you take.

When you can look at the situation as an impartial observer, rather than as a victim, is when you start to feel like you can, and will, come out of the valley you’re stuck in.

Too many times people are waiting for a rescuer, or a lifeline, to come to them, when all along they already have the tools, as well as their own ‘lifeline’ to get their lives back on solid ground.

In order to get back on solid ground, you have to first take positive steps in the right direction, even if they’re just baby steps! One of the best ways to get out of your so-called “victim valley” is to fill your mind with positive thoughts about your current situation.

You need to remind yourself this is only temporary and your feelings related to this perception will pass as well. Don’t focus on your past but your current and your future. Create in your mind the future you want for yourself. Make it positive and vivid. It needs to be powerful enough you can conjure it up when the challenges or failures crop up, as it provides your reasons to stay on track and absorb the tumbles you’ll take.

An Ice Skater practicing the triple salchow jump will fall thousands of times before they consistently land them in practice. And each time they don’t land it… it hurts when they fall. But they have resilience because they want to perfect it and be the best in the world.

While I’m not suggesting you want to be in top 0.1% for whatever you’re trying to achieve – although you may – you can get to what you want with the right positive mindset.

If you struggle with this, one way to help you shift your thinking toward more positive thinking… is hypnosis.

The longer your negative thinking is allowed to fester, the more likely it’ll grow roots in your unconscious mind and then leaving your pity city hotel will become harder to check out and leave.

Hypnosis will help get to the root of the cause and create the right mindset from going deeper, while at the same time getting your mind pointed in a positive direction towards the resilience you desire. If you want to consider working directly with me to help boost your resilience through my online and in-office sessions, then check out my Special Hypnosis Services Programs.

Resilience is a nebulous trait to capture. Some people seem to have an abundance of it in everything they do. They don’t accept stumbles as failures but rather feedback, and forge on. They’re successful against what many of us would deem insurmountable odds.

But resilience can be gained with a change in mindset.

Positive and optimistic thoughts about the present and future can replace despair or giving up at first sign of a challenge. It’s easy to play the victim and spend your life in pity city. But gaining resilience will let you change the way you approach everything, and have a positive mindset even in the throes of adversity.

Hypnosis can help you gain this mindset and resilience.

If you’re going through a lot right now, and times are difficult and you aren’t sure when things will improve, then check out this resilience self-hypnosis session to determine if it can help you here >>>

How to Strengthen Your Perseverance – Erika Slater CH >>>

Stop Smoking Hypnosis Session – What to Expect for Success >>>