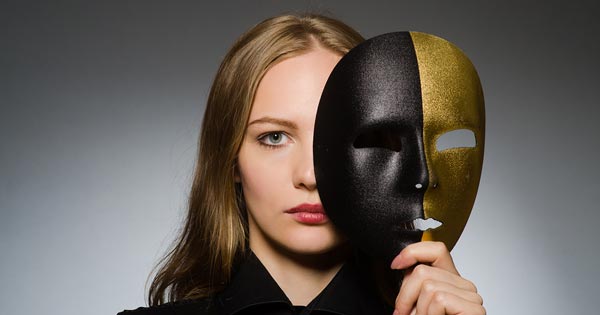 Have you heard of an unique psychological concept referred to as ‘The Impostor Syndrome?’

It’s a concept that came out in the latter part of the last century which describes people who struggle with an inability to internalize their achievements and accomplishments because they possess a persistent concern of being exposed as a fraud.

The interesting part of this phenomenon is these individuals are actually competent, or have received the adequate training in their specific area of expertise.

Interestingly, even though they’ve the education, training and knowledge (they’re aware of it and others can reaffirm it), they still believe they’re actual frauds. Any success that comes their way they either thwart it, or choose to deflect it.

Authors and other creative types suffer this syndrome on a regular basis. Now whether Stephen King or J.K. Rowling still suffer with this issue likely for them doesn’t much matter. Money and success is already in the bank for them thank you very much so who cares? They’re going to “eat steak” tonight whether you buy their book or not, and regardless of what you think about their writing!

However, we know at some point during their writing careers they likely suffered with impostor syndrome. Writers, actors and other performers, such as comedians, have all suffered at the hands of confidence, and the fear of “being found out” by others, and there’s many a story of these folk types turning to drugs and alcohol to cope with the stress if only for a short while.

THE IMPOSTOR SYNDROME AND ‘FAKE IT TO YOU MAKE IT’ PERSONALITIES: 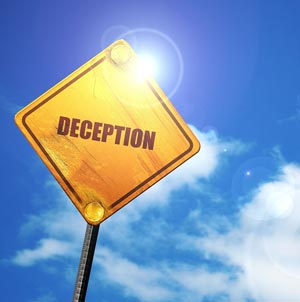 So impostor syndrome impacts us all in one form or another through our lives.

It isn’t just reserved for creatives though but impacts us in our jobs and even in our family life and relationships with spouses and kids.

We may be getting the recognition and success but we still feel we’re living on borrowed time before we’re found out as not deserving.

What makes the impostor syndrome even more interesting is when actual success or achievement stares the individual in the face, and there’s no denying it, they come up with another set of diminishing reasons as to why they’re still a fraud.

They’ll assert any successes achieved are nothing more than coincidental, simple luck or good fortune.

If that isn’t enough, they’ll try to convince others the success was due to deceiving other parties they were more competent or intelligent than they believe themselves to be. Basically, they’ll tell others they ‘pulled the wool‘ over other’s eyes.

Whichever way you slice it for these folks, it’s all an illusion as far as they’re concerned.

For many the syndrome comes and goes usually around the time of taking a chance on something big that may fail. The “feet get cold” just before the trigger event and they think “who am I kidding?” This is the inner critic coming to defend you against making a terrible mistake. It’s just trying to protect you from “the big fall.”

For others it lives with them all the time, the “voice on the shoulder” always reminding them of their place and capabilities to keep them safe and comfortable.

Then there are those who might be considered ‘impostors’ who act out in a different way – the “fake it until you make it” brigade!

Some might consider these the true impostors in the professional world of competencies. Most individuals who fall into the ‘fake it until you make it’ category usually have little or no training, are new and inexperienced to their industry, perhaps fresh out of school or training, and they ‘pretend’ they’ve already ‘been there’, that is, they’re at the pinnacle of success in their specific endeavor, even when “wet at both ends.”

If you were to talk to them, you’d not doubt for a second they’re competent, successful and great at what they do.

Interestingly, they ‘talk a good game’ and act the way one would act once they’ve made it in their chosen career, but they really haven’t come close to achieving anything of the statue they share with the world.

Success gurus advocate “faking it until you make it” personality. For the right person it can work, because they can carry it off. But for many it comes across as insincere and not transparent.

However, some may assert that ‘faking it until you make it’ is harnessing the Law of Attraction – where thoughts go, energy flows. They create within themselves who and what they already want to be!

Will the real impostor please stand up?

The Fast Company in article you can find the link to in the resource section below, lists subgroups of people who are riddled with impostor syndrome, they’re: the Perfectionist, the Superwoman/man, the Natural Genius, the Rugged Individualist, and the Expert.

While the Fast Company article has a slant on entrepreneurs nonetheless it can serve as a lab for others struggling under the same phenomenon. 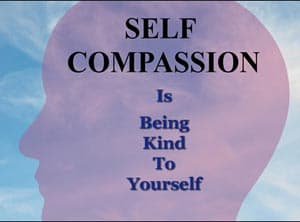 Here are some tips to help anybody overcome “Impostor Syndrome.”

Get friendly. Not just acquaintance-type friendships but quality friendships. At your job, or as an artist, mix with others at a social level, and pick some you know are high achievers, and you admire, as likely they’ll be experiencing impostor syndrome as well, and you’ll understand you’re not alone.

Get into the habit of recording your wins and successes. Tap into your social network to get validation you really deserve the success you have – likely they’ll want you to reciprocate for them at a later time.

You’ll need to work at this… hard. Your instinct will be to belittle successes, but you should make it a goal to record at least one success each day as they add up quickly… and it becomes hard evidence.

Learn the art of self-compassion. Self-compassion is a topic I’ve covered in detail in a previous article I’ve linked to in the additional resource section below.

The fact is people don’t think enough of themselves to give the same kind of care, kindness and compassion as they would give to other people. This means our inner critic is always beating us up… and unfortunately, we listen to it. Silencing your inner critic can be challenging but learn to accept what they say, and then ignore it and move on. Say something like “thank you for sharing, I’m doing just fine” and then march forward.

Another way of getting help to overcome feeling like a fake is to see a local hypnotist.

Hypnosis can help you overcome misplaced self doubt. A hypnotherapist will help you take a good look at yourself and really appreciate how someone like you can do what you do so well. A hypnotist who helps people with self-esteem and confidence issues will be able to help you see yourself for all the successes you’ve achieved and help remove self-doubt. If you want to consider working directly with me with your specific need through my online and in-office sessions then check out my Special Hypnosis Services Programs.

Remember we all suffer with impostor syndrome at various times but when it’s a constant in your life, and shrouding everything you do that’s important to you, then it’s time to tackle this demon, and quieten them down to enjoy the success you richly deserve.

Impostor Syndrome was first described by psychologists Suzanne Imes, PhD, and Pauline Rose Clance, PhD, in the 1970s, and they noted it’s a phenomenon among high achievers who are unable to internalize and accept their success. Instead, they attribute their success to luck rather than to ability, and fear others will unmask them as a fraud.

The fact is most of us experience the syndrome during our life and its especially prevalent in creatives such as authors and artists, but can happen to anybody who possess an expert skill or knowledge.

Ways to overcome include surrounding yourself with others who have dealt with the syndrome, and can validate you as worthy of your success and not a fake, and learning to take notice less of your inner critic, and having more self-compassion.

Consider hypnosis to help quieten the critic and accept your success, and if you’re interested in more information about my own online or in-office confidence and self-esteem hypnosis program then click here or contact me here.

Practicing Self-Compassion – How to be Kinder to Yourself – Erika Slater >>>