The Opioid Epidemic and the Way Forward Out of the Crisis 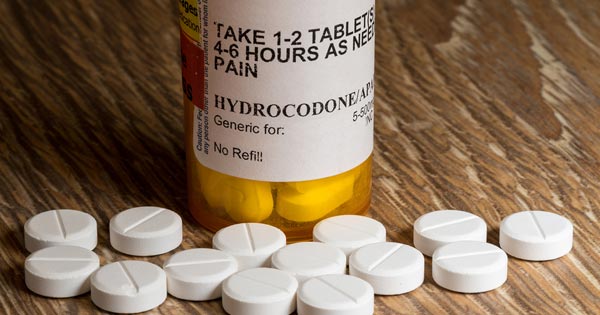 Over the last decade North America has seen an increase in the number of individuals using and abusing opioids – pain relief medications.

Many of the individuals using opioids have had them prescribed by their physicians to help alleviate the pain associated with injuries they’ve suffered to their bodies.

So far, so good. After all, if you’ve had surgery of any type you’ll normally be given pain killers by the hospital to get you through the first few days after your operation.

Unfortunately, what is happening is some individuals are getting addicted to these pain killers, namely codeine and morphine, even though they no longer need the medication for their injuries.

Furthermore, they’re using a drug intended to alleviate or mask physical pain, to now mask their emotional and psychological pain.

This short article is here to recognize we’re dealing with a problem that impacts all walks of life. From the mum you talk to at your kid’s soccer game to your neighbor’s gran who just needs to get through a day pain-free.

I have kids and I’m in good health. I am fortunate, but recognize others are not, and this isn’t the time to judge or categorize people who’ve become reliant on pain-killer medication merely as drug addicts.

I consulted with our staff editor – Peter Sacco Ph.D. – in compiling this article and who has researched this issue extensively for us.

Opioids are narcotics, and narcotics are addictive and… dangerous.

THE OPIOID EPIDEMIC – WHAT HAPPENED? 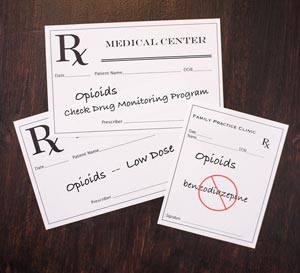 The NY Times has been reporting for awhile on the growing opioid crisis and I’ve provided a link to their roundup article in the resource section below.

In the U.S. since 1999, the growing numbers of deaths due to opioid overdoses has become the leading cause of death in people under 50-years of age as reported in the article…

“The current opioid epidemic is the deadliest drug crisis in American history. Overdoses, fueled by opioids, are the leading cause of death for Americans under 50 years old — killing roughly 64,000 people last year, more than guns or car accidents, and doing so at a pace faster than the H.I.V. epidemic did at its peak.”

Because of their categorization opioids have to be prescribed by a medical doctor.

They’re commonly prescribed for more serious injuries or after surgeries to make the pain more manageable.

Generally speaking, individuals who’ve started using opioids are usually given a set dose for a set period of time. Somewhere along the way, individuals who are taking opioids begin to realize they’re not only free from physical pain, but also ‘feel better’ in terms of feeling less stressed out, and whatever psychological pain they may have been experiencing has also dissipated.

If that isn’t enough, the longer a person is on these types of drugs such as, codeine and morphine, the more likely they are to become both physically and psychologically addicted to them.

This means if they do in fact develop an addiction, they’ll require being weaned off of the drug, much the same way a drug addict would have to be weaned off heroin which is also an opioid.

You can see how what was intended to be used as a minor problem solving ‘fix’ can escalate into a full-blown addiction!

President Trump acknowledged the epidemic in 2017 by declaring the opioid crisis a “Public Health Emergency.” However, this proclamation stopped short of providing extra funding to deal with the crisis.

So, what does the way forward look like for this epidemic?

WHAT IS THE WAY FORWARD? 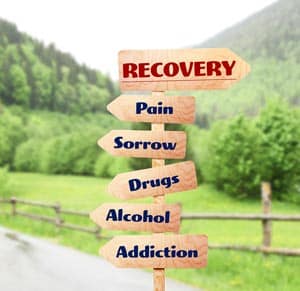 We first need to recognize opioid addiction for what it is… an illness. There’s still a stigma attached to addiction. Many folks still refuse to acknowledge the various factors contributing to addiction, such as genes, and which are not caused purely by choice.

Approaching the addiction with compassion opens up a more positive dialogue to find effective methods of treatment.

The fact is addiction needs to be on a parity with mental illness and other physical medical diagnosis. Mental illness and addiction are closely related, and for those looking for relief from mental illness by taking opioids, and becoming addicted, we can’t afford to ignore them just because they’ve been tagged with an “addiction” problem.

They are one and the same and all part of the illness.

For those dealing with opioid addiction already then there’s research going on at the moment for treatment by certain medications to assist with outcomes. Other research is going on with combining medication and Cognitive Behavioral Therapy (CBT) as a two-pronged approach.

For those familiar with the work of the Betty Ford Clinic which has now blossomed into the Hazelden Betty Ford Foundation they’ve introduced a new protocol – Comprehensive Opioid Response with Twelve Steps, or COR-12. This protocol includes medication, CBT and motivational interviewing.

I’ve included links in the resource section below to an introductory article on CBT and to more information on the work of the Hazelden Betty Ford Foundation.

Before addiction though is… prevention.

The key for using any kind of pain medication, namely opioids is to only be on them for a set period of time. Ongoing use beyond the normal period should be monitored by a physician with the intent of reducing the dosage so the individual no longer needs it.

If this doesn’t happen, then the issues for addiction as well as secondary health issues (side-effects associated with long-term use of opioids) become major concerns.

‘With the soaring death toll, routine autopsies are overwhelming medical examiners everywhere. We spoke to Dr. Thomas A. Andrew of New Hampshire, which had more deaths per capita from synthetic opioids than any other state. Dr. Andrew decided to stop practicing medicine and instead minister to the living about the dangers of drugs. “I’m not an alarmist by nature, but this is not overhyped,” he said. The Upshot reported on prescription drug monitoring programs, a tool that could be more widely used to fight opioid abuse.’

Are there ways of dealing with or treating pain without using opioids?

The answer is yes!

More individuals are choosing to go the natural route and using alternative medicine to avoid the dangers of addiction to drugs. Hypnosis is one such route for those coping with pain.

Hypnosis is not a new treatment protocol for pain. It’s been used for well over a century for treating many forms of pain – physical, psychological and emotional.

It’s simple and has no side-effects, and the results from using hypnosis to treat pain can be experienced immediately if the individual represents a strong hypnosis subject, and the therapist treating the client is knowledgeable.

Individuals using hypnosis as an alternative to pain medications are not only treated in hypnosis sessions when working with the clinician, they’re also taught methods for managing their pain when on their own, as well as using MP3 or CD’s for daily treatment.

If clients keep up with their hypnosis treatments, the pain not only becomes manageable but sometimes can become minimally noticeable.

Most hypnotherapists require a referral from a medical Doctor to treat somebody with pain. Be sure to discuss this option with your primary care physician. If you want to consider working directly with me through my online and in-office sessions then check out my Hypnosis Services or if you’ve a specific need then contact me here.

The opioid epidemic is real in America and there is much work in front of us as a nation to recognize it and move the treatments forward. In this we can help and support those struggling to get out from under it, and support those looking for ways to prevent it from affecting our parents and brothers and sisters.

For most, the opioid crisis has sneaked up on them in the last decade. It’s no longer affecting the hard-core drug addict who you would cross the road to avoid, but has now infiltrated your own family.

Research is showing there are many factors contributing to opioid addiction including genes and environmental, along with mental illness, and those who for one reason, or another, stayed on pain medication too long in a medical system that allowed them to get access to continue.

The use of certain medications to help people get off their opioid addiction are available along with therapies such as CBT and motivational interviewing. These offer the promise today and likely they’ll be more discovered as our attention is focused on solving the problem.

Prevention remains the best cure, and a more stringent checks and balances system for those who prescribe and support opioids is being discussed. Alternative medicine is being sought by many to avoid drugs, and one such treatment for pain is hypnosis.

The Opioid Epidemic: A Crisis Years in the Making – NY Times >>>