All About Facial Tics and Remedies 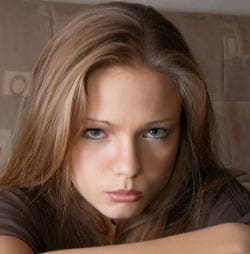 Facial Tics can be controlled…

More information is available today than ever before on Tourette Syndrome and Obsessive Compulsive Disorders (OCD) which often are at the root of facial tics.

Tourette Syndrome is a neurological disorder that demonstrates strong symptoms which include ticking and sudden movements.

The most common early symptoms seen in Tourette Syndrome are tics that include facial tics, rapid eye blinking and squinting, as well as twitches that involve the mouth – many times those inflicted are not aware when it happens.

The onset of this disorder usually occurs in older children and teens, before the age of 18 years of age.

In order for the tics to be directly correlated too, or related to Tourette Syndrome, the tics must be persistent for at least one year in the individual.

Moreover, the tics become so mild to very intense, and can come in bouts throughout the course of a day, or sporadically. In some instances, the ticking may stop for several days, or even weeks only to return.

Tourette Syndrome symptoms and tics are not a new phenomenon.

As a matter of fact, the first true medical case was diagnosed in 1825 by Dr. Itard. By 1883, Tourette Syndrome was coined and named after the French neurologist Dr. Georges Gilles de la Tourette. Today tics and Tourette Syndrome symptoms and involuntary actions are more commonly seen and readily identifiable.

The exact reason for what causes tics and Tourette Syndrome is not actually known, but experts believe that it may be genetically passed down in genes from a member from current or past generations who possessed it.

It is believed that what gets passed down is a gene which creates imbalances in the brain.

These imbalances effect the chemical messengers or neuro-transmitters known as serotonin, dopamine and norepinephrine. Most mental health practitioners and medical doctors assert that getting the chemical imbalances stabilized and corrected is the goal to eliminating tics.

One of the most common treatments for facial tics is medication. It should be mentioned that anti-psychotic drugs also have side-effects which can include involuntary muscle stimulation such as tics, which if left unchecked can be permanent. Consult the physician prescribing the drug immediately if this is seen.

Under the supervision of a knowledgeable medical expert, patients are administered small doses of a medication to control side-effects of the drug, while maximizing the alleviation of the tics.

Once a baseline is established where the tics are minimized to non-existent, and there are little to zero side-effects, then the ability to control the individual’s ticking is achieved.

When CBT is used to treat tics, it teaches the individual from a psycho-educational point how their irrational or stressful thoughts may be triggering the tics. Along with CBT, practitioners are also teaching clients to use meditation and relaxation techniques to alleviate not only the tics, but the stress that leads to the ticking.

One of the most effective and quickest way to help treat both the stress and the tics are through hypnosis.

When hypnosis is used with progressive muscle relaxation techniques, the symptoms lesson and even disappear for good. With age, tics and involuntary muscles twitching tend to diminish and disappear. If you want to discuss working directly with us on your particular issue to see if we can help and advise you on a next step, then check out our Hypnosis Services or you can contact us here.

Alternatively, check out this self-hypnosis MP3 session to help here >>>.