What’s Your Body Telling Others? – Positive Body Language For Success

What’s your body telling others?

Did you know our bodies say a lot about what we’re thinking and feeling?

That’s right, and we don’t have to utter a word. In fact, it’s estimated more than 70% of all of our communication is conveyed through non-verbal cues, and in particular – Body language!

Our bodies say so much about what’s going on inside of us, even when we’re trying to hide what we’re thinking and feeling. We just can’t help ourselves convey our “true” feelings about something.

It’s interesting our words can say one thing, while at the same time our bodies can ‘mean’ something completely different. If you’re not a good liar, then your body language and posture will almost always give you up.

There are people who struggle to understand body language and verbal cues to the point where it’s a major social deficit. Take people diagnosed with Asperger’s Syndrome where’s there’s often a literal interpretation by them of what is said. Sarcasm is lost on them as are face gestures and puns.

Men and women also have different body language especially when it comes to sex and love interest. I’ll not be covering these cues in this article but I’ve provided some resources in the special section at the end if you want get deeper into this area.

So, what are the primary cues we do as second-nature and how can they be interpreted? 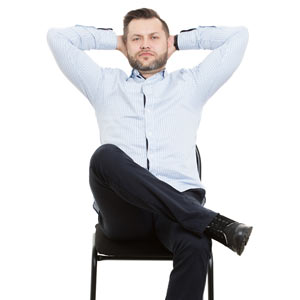 The longer you study people intentionally and are around them, the more you can learn to read them through the non-verbal cues and messages they’re are putting out. This is why it’s important to mind your “P’s” and non-verbal “Q’s”, especially if and when you’re trying to impress someone, make a sale, look confident, or even hide something as in, “Never let them see you sweat!”

There are some very common and basic signals people send through the posturing and positioning of their limbs that can send off negative and defensive body language.

Although there are many ‘body language’ signals, just as there are many spoken words in the English language, I will focus on just a few of the more common ones.

First off, eye contact is perhaps a non-verbal cue most associated with confidence, as well as deceit.

Confident people who tell the truth make strong eye contact. Conversely, those who lack self-esteem, feel unsure of themselves or are deceitful, avoid making eye contact. After all, the eyes they say are the windows to the soul.

It’s important to establish and maintain good eye contact if you want to be taken seriously.

Shoulders say a lot about confidence and self-esteem. If your posture is one where you’re always leaning, or drooping, then people might view you as being weak, lacking confidence, and/or unmotivated, even lazy.

When you sit, do you always cross your arms or your legs?

It’s important to be careful about the situations where you cross your limbs, especially when trying to make good impressions, or dare I say ‘negotiate’ with others. Crossed limbs can be interpreted as being close-minded and ‘crossed’ off?

People in meetings or discussions who clasp their arms behind their head are usually taking a domineering and controlling position of the discussion. It can be interpreted as “I’m in charge” or “convince me I’m wrong.” Yes, that’s right you don’t see many, if any, women take this position.

Finally, if you’re a ‘tapper’ or always fidgeting, people can misinterpret this as you’re bored, uninterested or extremely nervous, which can make them feel uncomfortable. It’s important you’re aware of these nuances as they can deter people from you, or working with you.

GETTING TO POSITIVE BODY LANGUAGE: 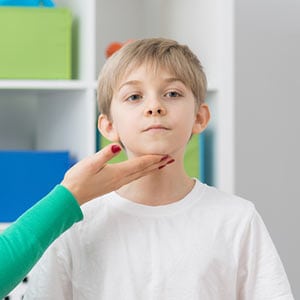 So, what does getting to positive body language really mean? It doesn’t mean “lying” through your body language as you’ll be confusing to folks as there are other cues that would undermine you trying to cover up your true feelings.

Being authentic is always the best approach. And frankly there’s a time to slouch as well and just “hang out” with yourself without worrying what others think.

But having good posture conveys many positive traits, and while at first it can seem a little awkward to being conscious of your stance, in time it’ll become a habit without thinking. As mentioned previously standing up tall telegraphs to the world a confident and proud you.

It’s important to keep your shoulders straight and back as they reflect how you feel about yourself… make it say you’re confident!

Children who are fearful of something hide behind an object, for example a piece of furniture. But w can’t really do that as adults and so we tend to use our arms and legs to convey defensiveness. The many forms of folding arms and crossing legs may be conveying how you feel internally but it speaks defensive body language. While this isn’t all bad – again be authentic – but be aware the message you’re sending out if you’re doing this in the company of friends and co-workers.

If your aim is to look approachable and positive, then defensive body language will only get in the way.

People who sit with their arms at their sides, and palms open (notice fists not clenched) are perceived as negotiable, open-minded and easier to get along with/work with.

Move away from self-imposed barriers towards uncrossing of arms and legs to be open and welcoming. Lean and point towards people rather than away – but watch intrusion of a person’s space. Show you’ve got nothing to hide by keeping good eye contact and a neutral head position. Don’t bow or look down unless you’re having an audience with the Queen of England!

Hypnosis is a tool for identifying negative non-verbal patterns you possess. Through post-hypnotic suggestions, whenever your body is about to shift into a negative non-verbal position, your unconscious mind will quickly remind it to remain relaxed, and position yourself in a more positive position. If you’re interested in more information about my own online or in-office confidence and self-esteem hypnosis program then click here or contact me here.

If you’d prefer to listen to a self-hypnosis product and you’re ready to adapt your body language to be an effective communicator, then check out the self-hypnosis session here >>>

How to Read a Man’s Body Language >>>

Your Body Language Shapes Who You Are – TED Talk Amy Cuddy >>>